Restoration of marine habitats is extremely challenging. This pioneer project is expected to become a role model for the global marine research community, regarding not only tools for marine forest restauration, but also in demonstrating the educational and upscaling value of ecosocial approaches.

The project will move the field of marine restoration beyond the state of the art, by:
1) assessing the suitability and needs for conservation and restoration of marine forests, by including forecasts accounting for predicted future conditions, and by testing at different scales and restoration efforts with the aim of achieving post-restoration ecosystem stability;
2) testing the role of different species and their diversity in regulating relevant ecosystem functions, including the roles of microbiomes and pathogens associated with corals, seagrasses and macroalgae;
3) quantifying the long-term outcomes of conservation and restoration, by developing efficient indicators of ecosystem function, for example by using environmental DNA collected from the water and sediment to estimate total biodiversity in the area. 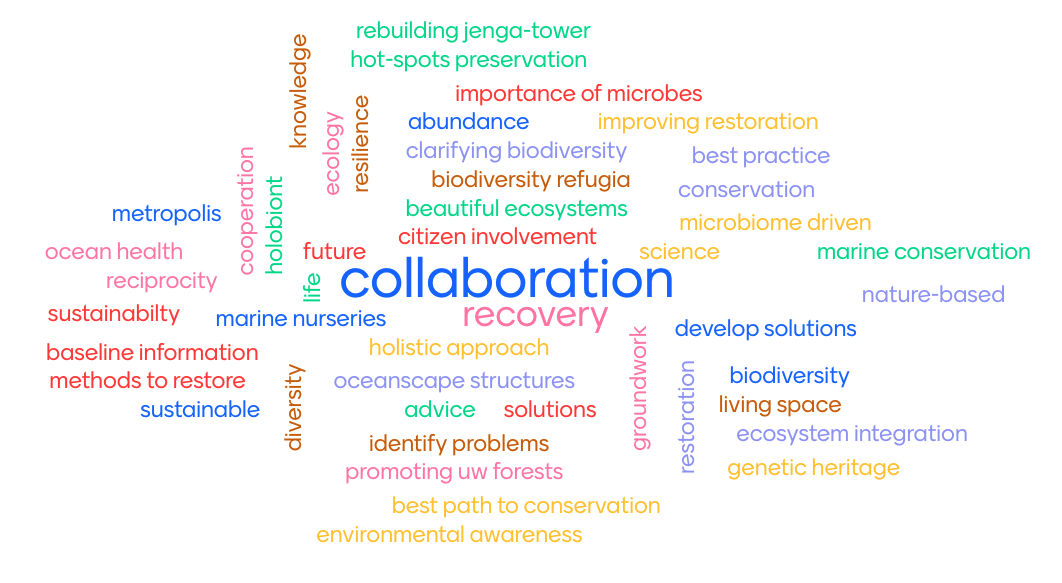 RESTORESEAS will propose management practices for conservation and restoration, that will account for diseases and key challenges of climate change and other extreme events, and that will incorporate biodiversity function at multiple levels, including the role of microbiomes and diseases in each ecosystem. Guidelines to ensure appropriate restoration scales for resilience and ecosystem function over long temporal scales will also be provided.

RESTORESEAS will inform on conditions for effective conservation and restoration at different scales. To propose adaptive measures accounting for global pressures, and globally distributed local pressures (e.g., bottom contact fishing gear), these conditions will be assessed empirically at a local scale and through models at large scales. 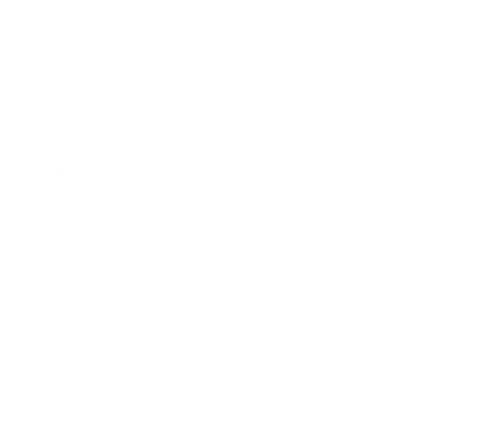 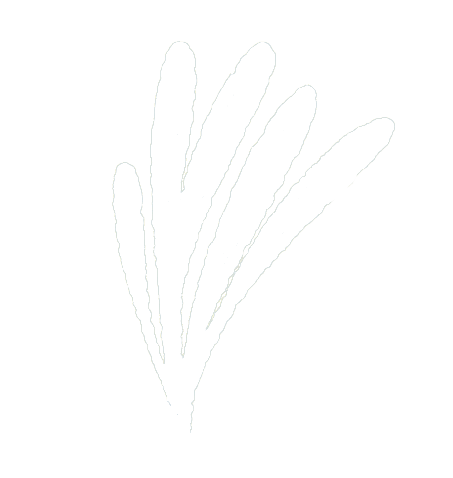 Objectives: A communication strategy delivering information about marine forests, their importance, the threats they face, the project’s goals, work and outcomes, and benefits for the society.

Objectives: To compare biodiversity in restored, natural and degraded or extinct marine forest sites, across the project’s locations and models, using eDNA. To estimate the terrestrial and freshwater inputs and impacts on transitional brackish and linked marine systems, to understand links between terrestrial/freshwater biodiversity management and marine systems.

Objectives: This task will compare biodiversity of pristine, degraded and restored marine forest habitats using well dated sediment records which will also be analyzed for their petrophysical characteristics, biogeochemical and microfossil analysis and sedimentary eDNA to characterize past environments, reach carbon sequestration estimates and reconstruct biodiversity trajectories along past historical times.

Task 1.4. – Roles of the microbiome in restoration (leader: UVA + UGENT)

Objectives: Seaweed, seagrass and coral harbor a rich diversity of associated microorganisms with functions related to host health and defense. In particular, bacterial communities have been reported as essential for morphological development of the algal host, and bacteria with antifouling properties are thought to protect seaweed, seagrass and coral from detrimental, secondary colonization by other microscopic and macroscopic epibiota. In this task we address two important knowledge gaps: 1) what are the functional consequences of the marine seaweed/seagrass/coral-microbe association; and 2) how does this association influence the success in restoration efforts? We will investigate if restoration success of selected seagrass, seaweed and coral, can be monitored using microbial traits (e.g., indicator species or functions) and be improved by microbiome manipulation (i.e., probiotics).

Objectives: While settling cues for tropical coral larvae have been extensively studied, nothing is yet known about what elicit settling in deep-sea corals. Larvae of L. pertusa are known to settle on dead lumps of conspecific coral skeleton, but also on oilrigs and other man-made installations. Our hypothesis is that L. pertusa prefers to settle on calcified substrates, such as coral skeleton, bryozoan colonies, Serpulid tubes, or other organically derived calcium carbonate rich substrates with a complex texture.

1.5.1. – Diversity and role of pathogens in restoration of marine macrophytes (leader: MENDELU+UVA)

Objectives: Eelgrass (Zostera marina) has been suffering from recurring wasting disease outbreaks since 1930, originally attributed to the Labyrinthulomycete Labyrinthula, but later doubted and recently proposed to involve marine oomycete pathogens (genera Phytophthora and Halophytophthora). In contrast to terrestrial ecosystems where Phytophthora pathogens are recognised as highly important drivers of global epidemics, in marine ecosystems the pathological importance of Phytophthora and Halophytophthora species is still largely unknown despite the large potential for epidemic spread in the sea. RESTORESEAS will discover the diversity, distribution, potential origin and pathogenic role of oomycetes in different ecosystems of marine macrophytes and connected freshwater/brackish transitional waters (see 1.3.1), by (i) studying oomycete diversity in the target habitats; (ii) testing oomycete aggressiveness to different macrophytes; (iii) clarifying whether the most aggressive are non-native; and (iv) predicting environmental factors affecting different marine oomycete-macrophyte pathosystems.

1.5.2. – Diversity and role of pathogens and other stressors in restoration of coral ecosystems (leader: UGOT + SGN)

Objectives: To identify coral pathogens and other biotic stressors in different coral development stages: (1) Pathogens can cause great damage to larval cultures, thus, identifying these pathogens is crucial to be able to control them. In this UN decade of restoration more attempts will be directed to restoration of deepsea corals, requiring deep-sea coral larval rearing. These usually have a longer development time due to lower temperatures9 and will thus need longer rearing times than larvae of tropical corals. Larval settling experiments also demand that the health of the larvae can be maintained for extended periods. There is thus an urgent need for development of methods for pathogen control. (2) In the corals’ sessile life stage, the carbonate skeleton of e.g., scleractinians is prone to infestations by (syn-vivo) epi- and endobionts and exposed to grazers and parasites. Almost all are reducing host fitness and many are weakening the coral skeleton. Where environmental parameters are partly sub-optimal for coral growth, young coral growth stages are highly sensitive and endangered. Thus, in restoration sites such stressors could prevent longterm success; it is essential to know the actors affecting the coral ecosystem engineers to find solutions. 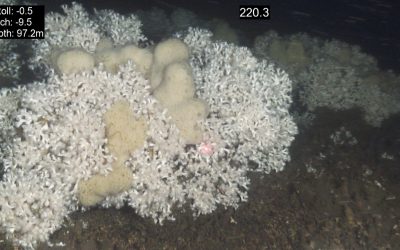 When people think of coral reefs, they usually imagine warm, shallow tropical waters; not cold, dark deep ocean waters. But there are coral reefs living in the dark at the bottom of the ocean as well. They are hard to access and not as vibrant as their warm-water... 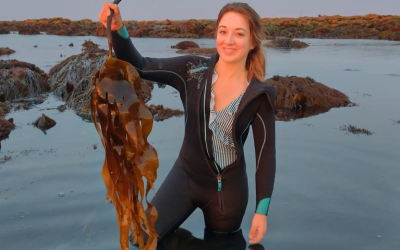 My name is Emma. I am pursuing a master in ecology and evolution, and was lucky enough to become a part of the RESTORESEAS project. 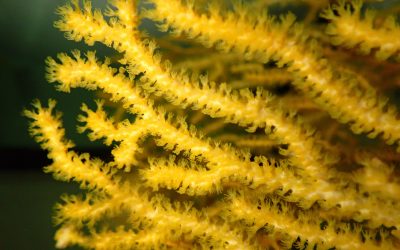 Colorful Coral Gardens that Flourish Entirely out of Our Sight

With the ability of building complex 3D habitats, corals as sessile animals harbor high levels of biodiversity, similar to plants on land. While iconic ecosystems like tropical coral reefs and seagrass meadows occur in light-flooded zones of the ocean, deep coral... 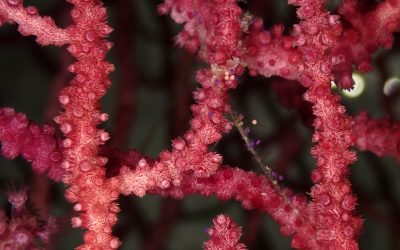 The Centre of Marine Sciences in Faro (Portugal) is working with local stakeholders, especially fishing communities, to develop effective tools for the restoration of temperate coral habitats occurring from 30-200 m depth.

Objectives: This task aims to plant coral forests by asexual propagation working with local communities and stakeholders (e.g., fishermen) in mapping vulnerable habitat under pressure, from which forests in need of active restoration will be identified and then used in our community-based restoration actions.

Objectives: This task aims to develop methods for seeding substrates with sexually derived larvae and micro fragments of Lophelia pertusa (syn. Desmophyllum pertusum), to compare these methods for their efficiency in terms of propagule survival and growth, as well as the amount of time and effort needed for each method. The method will be mainly developed in the laboratory, but with the aim to deploy the seeded substrates in situ for a preliminary evaluation of ease of implementation and early in situ survival.

2.2.a – Spawning and fertilization kinetics with implications for coral recruitment (leader: UGOT + ULPGC)

Objectives: To assess the effect of sperm concentration on fertilisation rates in L. pertusa to determine best restoration densities for successful reproduction. To predict fertilisation rates under field conditions using experimental approaches (subTask 2.1.2b) and modelling approaches, the sperm concentration at release from polyps and the sperm swimming kinetics will be investigated. Moreover experience obtained with L. pertusa will be employed to assess the exact timing of spawning events, gametes production, fertilization rates and larvae quality parameters of A. wollastoni, to maximize successful reproduction in restoration and conservation, as described previously for L. pertusa.

Objectives: i) To estimate critical planting size for restoration as the Minimum Conservation Unit size (MCU – colonies/m2) by assessing the interaction between current flow and black coral forest structure (density and colony size). Ocean current measures will be complemented with estimates of other associated ecosystem functions (1) Habitat provision, (2) nursery and (3) organic carbon retention across spatio-temporal scales. ii) To assess the effects of flow condition and distance between male and female colonies of deep coral L. pertusa and black coral A. wollastoni on fertilisation rate. The goal is to advise managing authorities on how to restore populations to ensure they can serve as source populations and to provide a tool to assess if existing populations are contributing to the larval pool in a MPA network.

Objectives: To analyze a bio-engineering role of eunicid worms on Lophelia and Madrepora habitats from various locations in the Atlantic, specifically Azorean seamounts and West Africa (Mauritania and Angola).

When people think of coral reefs, they usually imagine warm, shallow tropical waters; not cold, dark deep ocean waters. But there are coral reefs living in the dark at the bottom of the ocean as well. They are hard to access and not as vibrant as their warm-water...

My name is Emma. I am pursuing a master in ecology and evolution, and was lucky enough to become a part of the RESTORESEAS project.

The Centre of Marine Sciences in Faro (Portugal) is working with local stakeholders, especially fishing communities, to develop effective tools for the restoration of temperate coral habitats occurring from 30-200 m depth.

Objectives: Use adaptive variation and local adaptation to temperature (geographical/climate relevant scale) and local stressors in restoration and management planning. Test the restoration and conservation role of eco-physiological stress responses and global gene expression variance (as a surrogate for phenotypic plasticity) among structured populations.

Objectives: To experimentally assess the critical minimum restoration sizes for seagrasses and macroalgae, tested across multiple sites, which is possible thanks to this international collaborative effort. This task will use distinct model taxa and regions to empirically test theory-based hypotheses affecting restoration approaches: of a minimal critical restoration plot size for successful persistence and for the non-linear effect of restored seaweeds and seagrass beds in enhancing local biodiversity.

Colorful Coral Gardens that Flourish Entirely out of Our Sight

With the ability of building complex 3D habitats, corals as sessile animals harbor high levels of biodiversity, similar to plants on land. While iconic ecosystems like tropical coral reefs and seagrass meadows occur in light-flooded zones of the ocean, deep coral...

Manage your consent
Your data privacy matters to us! This is why by default we are not collecting or storing any personal or behavioural data about you. Nevertheless, some pages and posts of our website do include third party integrations (such as embedded videos, maps, or social media postings) that are optional for you to consent to. If you do not want to accept all third party integrations, our website might look different for you than for other visitors.
Manage options Manage services Manage vendors Read more about these purposes
View preferences
{title} {title} {title}